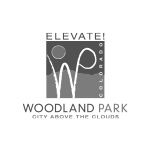 Traffic summonses are issued by a Woodland Park Police Officer.

Most traffic violations carry a payable fine amount. This is a fine established by the State of Colorado that may be paid by someone who wishes to pay his or her ticket before the court date rather than appear in Court. If your violation is payable, the Officer will have circled or written in a fine amount and checked the box marked Payable Summons.

If You Pay the Fine

If you choose to pay the fine amount shown on your ticket, the payment constitutes a guilty plea to the charge and the points associated with that charge will be reported to the Colorado Department of Revenue - Motor Vehicle Division. If your driver’s license has been issued by another state and that state has a reciprocal agreement with Colorado, they will also receive notification of the penalty points. Accrual of too many penalty points results in the suspension of the driver’s license. If the Officer circled or wrote "Court", "Sum" or "Summons" where the fine amount should be, you have been directed to appear on your designated court date and time.

Certain violations carry a mandatory minimum fine established by City Council that cannot be reduced or suspended. Even though the points may be reduced on the original charge through a plea agreement with the City Prosecutor, the fine cannot be changed by the Court.

Current examples of violations that carry a mandatory minimum fine include:

At your Arraignment Hearing/First Appearance, you will be given a verbal advisement of rights by the judge, as well as being provided a written advisement to be signed and maintained in your file. Once the advisement has been given you will be called in the order that you signed in, will be given the opportunity to speak with the city prosecutor about your case and see if the matter can be resolved by a mutually agreeable plea bargain.

If no resolution is reached, you may set your case for trial, requiring the city to prove the allegations at a trial. The court will schedule a trial within 91 days of the entry of a not guilty plea being made by the defendant.